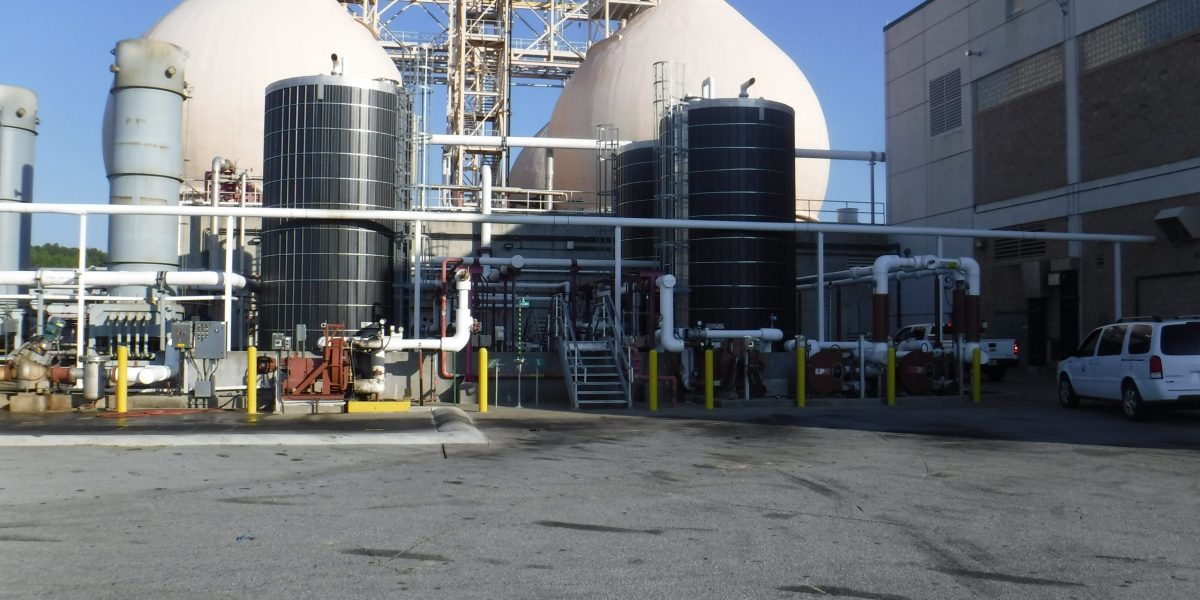 Gwinnett County Department of Water Resources (GCDWR) operates a Receiving Station for Fats, Oils, and Grease (FOG) and High Strength Wastes (HSW) at the F. Wayne Hill Water Resources Center (WRC).  The FOG/HSW is used as a source of volatile solids to increase biogas from the anaerobic digesters.  The FOG/HSW Receiving Station had experienced problems with FOG material clogging in the digester feed piping after combining with unheated thickened primary sludge and thickened waste activated sludge.

GCDWR directed Constantine to develop improvements to manage these waste products with simplified O&M.  Constantine’s design included separate handling and managing facilities for each type of waste to be properly pre-treated and disposed, remove grit and debris from FOG before storage and pumping to the digesters, improve the pumping equipment selections so that pump maintenance is minimized, reduce clogging in the digester feed lines by feeding pre-treated and heated FOG directly into the digesters or as close as possible to the digesters with the digester recirculation piping. The design team quickly produced a design that included revised feed piping to loop downstream of the digester heat exchangers plus new valves and flow meters.  This project was completed in February 2016, and the FOG receiving system was placed back into operation. The system has been operational since then with no reported clogging.