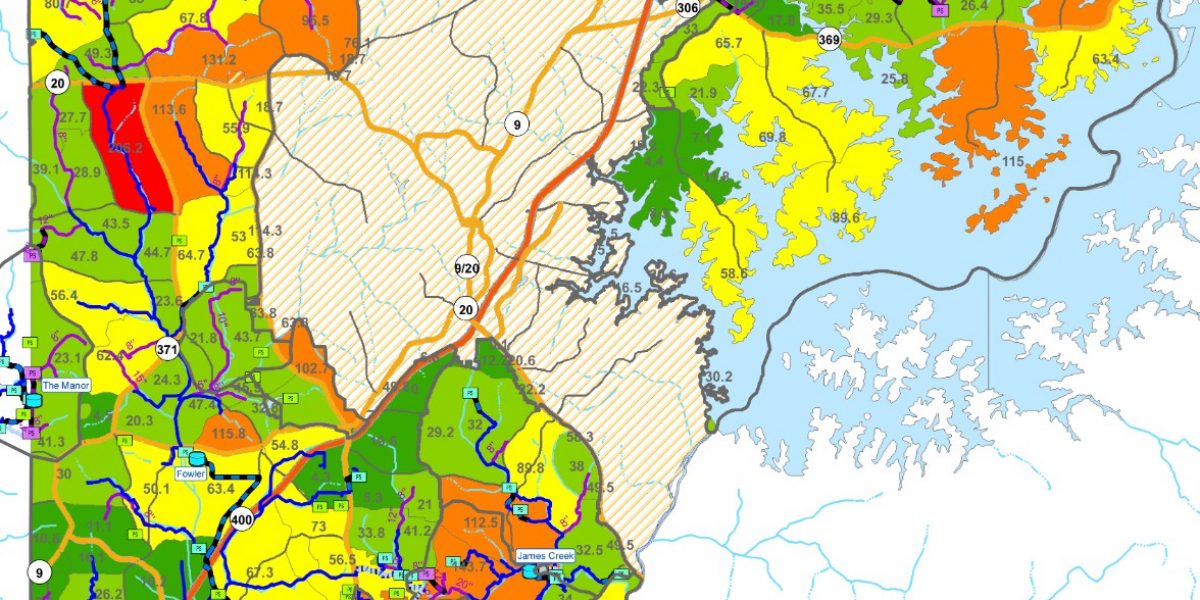 Constantine Engineering was contracted to develop a wastewater system master plan for the Forsyth County Wastewater Collection System.  The county had an existing InfoSWMM computerized hydraulic model of the its collection system, however it had not been updated in many years and the flow data was poor.

Constantine was contracted to use the existing GIS mapping data of the existing sewer system to update the model to include all piping greater than or equal to 10 inches, as well as smaller pipes, as needed to maintain connectivity and all pump station and force mains.  Pipe sizes ranged from 4-inch force mains to 48-inch interceptors, totaling about 670,000 feet of pipe.  Constantine developed flow allocations using the data developed from the TAZ population estimates and per-capita flow calculations.  These flows were used to assign flows within the model, including values for ADF, MMADF, and PDF.  The model was adjusted and calibrated by comparing simulation results to existing flow data from 2015.  Flows were developed for model runs starting in 2015 and repeating every 5 years through 2050.  Gravity piping was evaluated at peak day flows and pumping stations were evaluated at peak hour flows, while treatment facilities were evaluated at maximum month flows.  Piping upgrades and pumping upgrades were modeled as needed to provide capacity for future flow increases.