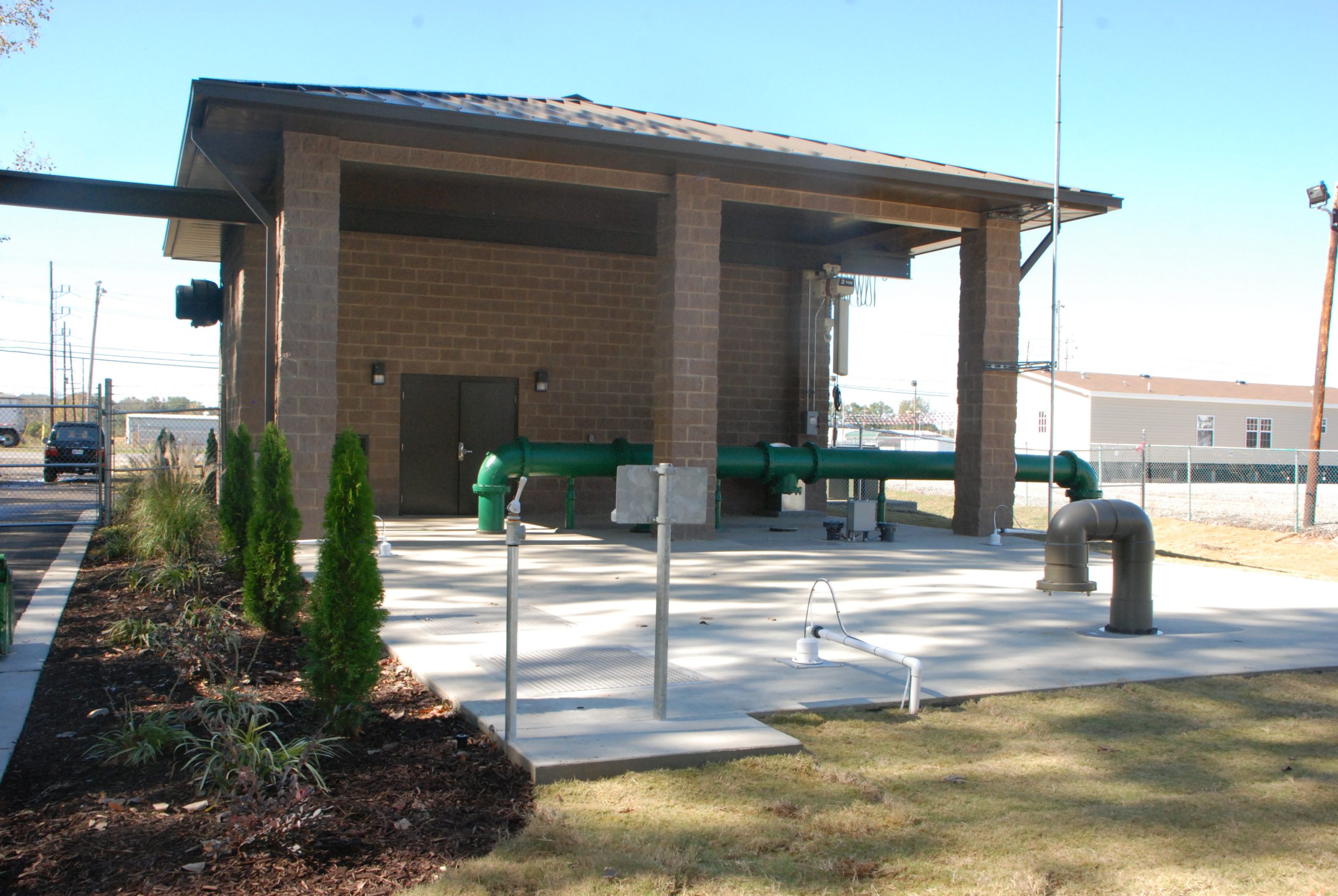 Decatur Utilities (DU) provides sewer service for the City of Decatur, Alabama. One of the critical sewage drainage basins is Basin 10 because of the significant connections to other upstream basins.  Due to frequent successive sewer overflow events (SSOs) within Basin 10, Constantine Engineering was contracted to provide an emergency review of the design criteria and existing hydraulic characteristics for Lift Station 10 (LS10), as well as work to evaluate the gravity sewers in Basin 10.

In order to determine the cause of excessive headloss in the force main, Constantine checked all inline valves; completed additional pressure readings at points within the high headloss areas; removed pipe coupons in 5 strategic locations; examined internal piping at accessible points using camera TVI; and cut open a section of piping in the length of greatest headloss. The buildup appeared to approach 2” to 4” in thickness, which easily resulted in an actual pipe inside diameter of less than 10”, consistent with the hydraulic conclusions.  The video camera confirmed that the material continued along the inside of the pipe wall in both directions.  It was expected that the entire length of force main included various thicknesses of the material, which indicated this caused the excessive headloss.

Constantine then assisted DU to design a pig cleaning method to remove the precipitated material and secure a pigging contractor to pig the entire length of force main.  In less than a week, the line was pigged multiple times to thoroughly clean the interior. Constantine provided the design and services during construction for the new LS 10, which has been in operation since 2011.